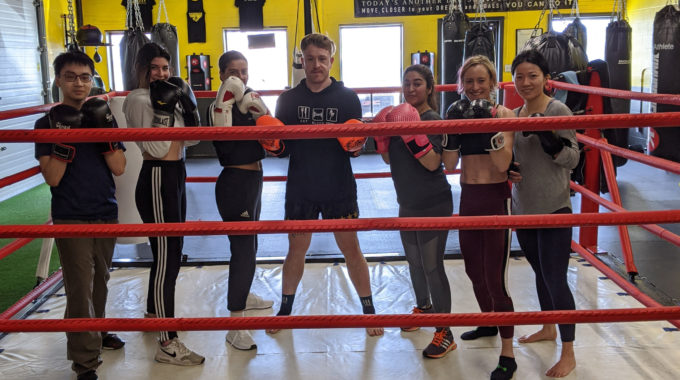 The origin of what we now call Muay Thai can be traced back to the mid- 18th century during the Burmese-Siamese War. Back then it was known as Muay Boran and used as a practiced fighting technique in warfare. The end of the war ushered in a new era of peace in that region, leading to Muay Boran developing as a sport. Events were held in front of spectators at festivals and celebrations, especially at Buddhist temples. Thai King Rama V (1868-1910) took a very keen interest in the sport, which then became a means of exercise, recreation and self-defense.

Early matches were fought bare-fisted; however, hemp rope was eventually used to bind the wrists, forearms and knuckles.

At the start of the 20th century, during the time of colonization in the region, the English introduced western boxing to Thailand. Soon after, Muay Boran, changed its name to Muay Thai, or simply, thai boxing. A standard boxing ring, leather boxing gloves and a codified rule set were adopted in 1923, and what we now identify as modern Muay Thai was born. Today, Muay Thai is one of the most highly practiced sports and martial arts in the world.

At Oakville Boxing and Functional Training (OBFT), our Muay Thai instructors look to continue the traditions of the art. Each of our instructors has been trained extensively in a traditional form of Muay Thai – an art and sport in which honour, discipline and respect are still considered vital in the gym. A typical class starts with a warm-up of skipping, strength and conditioning exercises, cardio and body weight training. These are followed by pad work, shadow boxing, heavy bag and sparring, with a strong emphasis on both technique and form. Physical fitness is considered very important in Muay Thai and we look to push our strength, cardio, flexibility and explosive power. Our classes are challenging, fun and practical – a great way to learn valuable self-defense skills while improving personal fitness.

Call us to book a private lesson or to try one of our dynamic Muay Thai classes – begin your martial arts journey today!

Five Tricks to Get Back on Track

During the long, fun-loving summer days, it may be a challenge to keep your health…

Why Boxing is Ideal for your New Year fitness goals

In Vacation Mode? 5 Ways to get back into a healthy routine

As creatures of habit we tend to fall victim to “routines” or “habits”.  Some can…